I’m fascinated by the idea sometimes of writing a short story that gets made into a movie. Imagine working on something for a couple of weeks, a month max. You’re pretty happy with it. A magazine accepts it for publication. Then one thing leads to another and eventually you’re sitting in Mann’s Chinese Theater one day eating popcorn and watching your characters come alive on-screen. How mind-blowing would that be? How insanely jealous would the average screenwriter who’s been slaving away at spec screenplays for years with no response from anyone be? 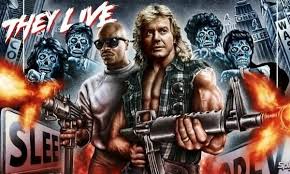 “Eight O’clock in the Morning,” written by Ray Nelson in 1963 http://www.whale.to/b/eight_o.html was only six pages long, but somehow John Carpenter beefed the story up enough make “They Live,” out of it in the ‘80s.  It starred Keith David and Rowdy Roddy Piper who, sadly, recently passed away, and it turned out to be a pretty amusing telling of the tale. It contains one of the longest fistfights in history—Keith David and Rowdy Roddy throwing each other around in an alleyway for at least a solid five minutes straight. But the underlying message involves great commentary on the “dream-like and hypnotized” state the general populace occupies in their daily lives.

A more famous movie was “Brokeback Mountain,” and this was based on Annie Proulx’s short story of the same name. http://www.newyorker.com/magazine/1997/10/13/brokeback-mountain 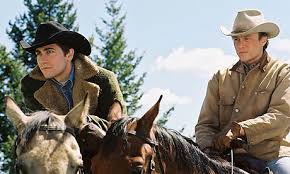 I saw the movie first then discovered the short story a while later. I was immediately drawn in by her stark, bitter, vivid language. The beautiful and painful way she described the plight of these two cowboys. She became one of my favorite authors overnight. The topic of homosexual love between a couple of very masculine cowboys isn’t everybody’s cup of tea. But Annie Proulx’s writing is deeply feeling and revelatory, sometimes so brittle and sharp with awareness that one is left vulnerable and raw from the emotional poking and prodding.

I don’t know how many know about the movie “Secretary”, but I definitely don’t think anyone is aware that it was based on a short story of the same name by Mary Gaitskill from her collection “Bad Behavior.” http://phendog.livejournal.com/220420.html 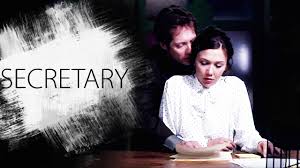 Ms. Gaitskill is one of my favorite short story writers ever, up there with T.C. Boyle. I once had a friend comment that I “used too many adjectives” in a short story I wrote. But, boy, if that’s true, then don’t ever pick up one of Mary’s books. Adjectives galore, separated by commas. The stories are long and involved psychological treatises on the human psyche and state of existence in general. “Secretary” is definitely one of the weirder ones involving a little S&M between a young woman and her demanding boss, and I was amazed when it was made into a movie with James Spader and Maggie Gyllenhaal, because it’s such a bizarre and taboo subject! Ms. Gaitskill felt the movie was a Disney version, but honestly, they had to lighten it up somehow, since the topic was already so dark.

I’m willing to bet everyone in the world has seen this movie and has no idea, as I did, that it was based on a short story. “The Greatest Gift” was written by Phillip Van Doren Stern in 1943. http://kbancroft.weebly.com/uploads/2/8/3/7/2837022/the_greatest_gift.pdf

Unable to find a publisher, Philip Van Doren Stern printed several hundred copies of the story and used them as Christmas cards. And the rest is history. Frank Capra said he had been looking for this story all his life, and A Wonderful Life was born.

This story is extremely short also, like Eight O’clock in the Morning, and written in a similar, simple style, even though they were written 20 years apart. It’s always heartening to hear rejection stories about authors who found another way to be heard; Van Doren Stern was just a 1940s version of someone on the internet today like the authors of “Wool” and “The Martian,” except that he used real paper to distribute his goods instead of electronic paper. Kudos!

Several more (and some may surprise you) include:

Truman Capote – “Breakfast at Tiffany’s” (Note: Truman Capote stated that although Holly Golightly accepts meals, gifts, and money from men, she is not a prostitute but an American geisha).

Fitzgerald—“The Curious Case of Benjamin Button.” I don’t know about you, but I never would have thought this of Fitzgerald. To me Fitzgerald=The Great Gatsby and The Last Tycoon. Not a sci-fi/fantasy story about aging backwards. So weird!

Phillip K. Dick – We can Remember it for You Wholesale,” which became “Total Recall.”  He also wrote “The Minority Report.”

I haven’t read any of these last ones I listed.  I hope to get to them someday. But, you know…too many books. Not enough time….

36 thoughts on “They Live! (in short stories first)”