One of the strangest but most compelling stories I’ve read recently was the 1963 novel The Wall by Austrian writer Marlen Haushofer.

When it was first published, critics ignored Ms. Haushofer’s latest offering, but 15 years later (about 8 years after the author had passed away) she was rediscovered by feminists and the antinuclear movement. The novel has since been translated into 18 languages and sold 1 million copies. It was made into a movie in 2012 which I’ve been unsuccessful in streaming as of yet.

Simply put, a woman accompanying her cousin and her cousin’s husband to the Austrian mountains to stay in a hunting lodge over the weekend wakes the next morning to find the couple, who had driven to town for dinner, haven’t returned.

A chilling discovery awaits her when, later, she sets out to find them. As she and her cousin’s dog Lynx walk down the winding mountain pass heading for the village, she  suddenly walks into something. That she can’t see. An invisible force. An invisible wall which separates her from the rest of the valley.

Still in shock, she doubles back, hiking in the opposite direction, and then along the boundary of the wall, leading her to the distant cottage of an elderly man she spies in the distance.

Initial excitement leads to a cold horror when she realizes, as she watches him, crouched down before the stream that runs before his cottage, his hand cupped as if to take a drink, that the drink will never come, because the man has been frozen, mid-movement, and never in any subsequent observations will he ever move from that position again.

Everything that you can imagine would happen after that does happen: the woman (whose name we never learn) still numb, realizes that although something unnatural has happened and she appears to be alone in the world (except for Lynx, a stray cat, and later a cow) she is, in fact, still alive and must survive. She starts, succumbs to debilitating depression, re-calibrates, starts again.

I found it interesting that although the author wrote in emotional detail and depth about the “divide” between mothers and daughters (which many have said the physical wall in the novel is a symbol of) she actually had two sons and no daughters in real life.

The character does speak about mothers and children in general, though, emotional states and levels and misunderstanding bordering on not even caring and stagnation and becoming a person you don’t even recognize anymore, suggesting that motherhood, at least on one level, for her, was not the joyous and life-affirming experience others have claimed. 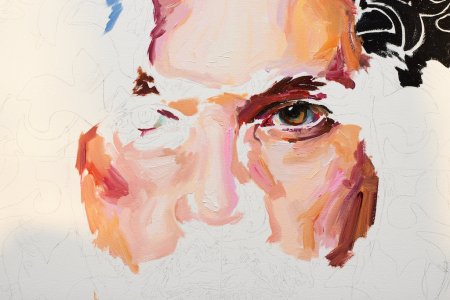 Also, although the mystery is never uncovered of what has actually happened, I understand the antinuclear movement’s attraction to this story.

Although a nuclear holocaust would not be able to explain the presence of an invisible wall or the frozen man who will never drink the water from his hand, we come to understand that nuclear war or alien invasion or anything else along those lines are more or less interchangeable. Any situation smiting the world that suddenly and violently would be symbolic of the unnatural, the unorganic, the unempathetic, anti-earth and anti-humanity.

In today’s climate surrounding women’s issues, especially after the Senate hearings on Thursday with Dr. Ford and Judge Kavanaugh, I think many activists would deeply identify with this story, especially the ending, in regards to women often being under-appreciated, overlooked, and ignored, wherein after a year of careful, introspective, nurturing survival, a ragged, half-insane man appears out of nowhere, immediately axes the bull, then kills Lynx as the dog attacks the interloper.

As Julian Roman Polsler, the director of the movie version states: I do believe the novel, and the film based upon the novel, gets at something of the human condition that no other work of fiction does—the truth of yourself when you are the last remaining member of the human race.

So, yeah, the activists would be interested, but this story could obviously be about any of us and what we’d have to face if left only with ourselves. I think the human condition includes a symbolic wall of sorts that’s always between us in varying degrees; between cultures, between sexes, between experiences, between beliefs.

But if a real wall materialized, an invisible wall corralling us into some small part of the world and disappearing almost everyone else, the lives we’ve lived—our authentic lives, not lives spun from faulty memories, rationalizations, or self-delusion—would paint that experience truthfully and accordingly. 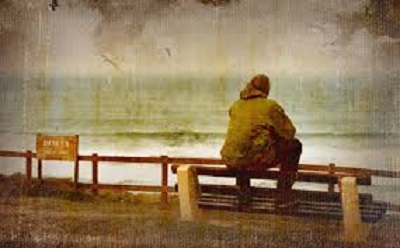 Anyway, one of the reasons I liked the movie is a reason that became more important to me once I got past the age of around 35: most of the characters are *real adults.*

Okay, yeah, the title gives it away that at least a few *old men* will be in the story. But, still, when, exactly, did the trend start of casting young’uns for everything in movies? 23-year-olds with several advanced degrees and expertise in myriad subjects, world travelers who, before 30, built bridges in third-world countries, re-constructed dams, reverse-engineered alien spacecraft? 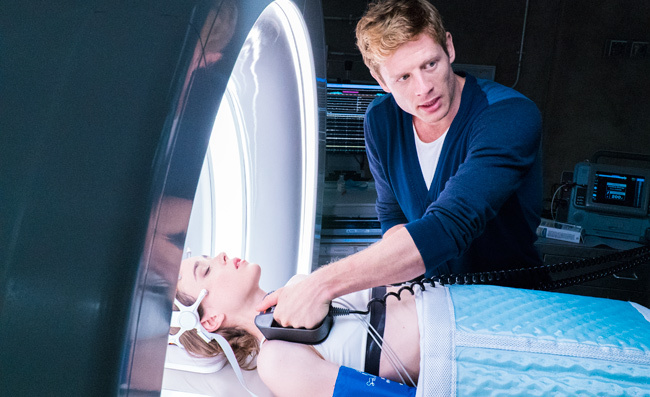 No Country for Old Men was one of the first times I realized that Josh Brolin was a pretty good actor. Check him out in True Grit and the more recent Sicario. All of the performances stand out in this movie, though, in my opinion, including the chilling and emotionless Chigurh, the laid-back subtlety of Woody Harrelson, and, of course, the beauty of Tommy Lee Jones’ restrained Midwestern angst.

Do you ever notice overwhelming music arrangements blasting your ears off during exciting movie moments? When Josh Brolin’s character is fleeing the sinister Chigurh at one point, engaged in a run and gun in the deserted streets of a sleeping town, there’s no sound but that of their labored breathing, and their footsteps, and, of course, gunfire, all of which amplified the fear and anxiety without a pounding soundtrack. 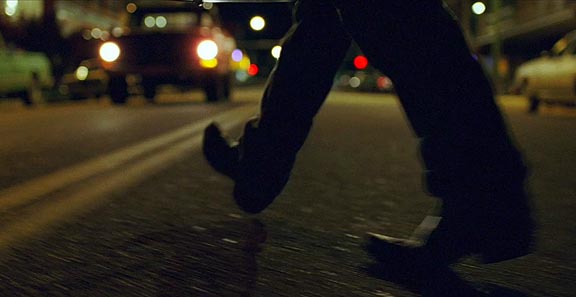 But to the ending, to the ending. It’s not even a real spoiler, ‘cause I’m not talking about the pivotal situations that happen before the actual ending. But Tommy Lee Jones, recounting two dreams he had about his father to his wife, describes being in the mountains and riding on horseback, as if they were back in olden times.

He says, “When he rode past, I seen he was carryin’ fire in a horn the way people used to do, and I could see the horn from the light inside of it – about the color of the moon. And in the dream I knew that he was goin’ on ahead and he was fixin’ to make a fire somewhere out there in all that dark and all that cold. And I knew that whenever I got there, he’d be there. And then I woke up.”

Aside from the inherent poetry of the monologue, richly symbolic, I love everything about that scene: the light through the window, his expression, his unhurried delivery. It holds on Mr. Jones’ lined, sad face for a moment or two, then cuts to black.

There are some others. But I haven’t seen too many movies, before or after, with the balls to end that way.