So in case many of you see I’m subscribing to your blogs again, it’s because WP woke up one morning, poured itself a cup of coffee, sat down on the sofa with its iPad and said, “Hey, this would be a good day to unsuscribe Stacey from all the bloggers she follows! Yeah! Boo-yah!”

So I’ve been in the process of re-upping my associations.

I thought it was something I did until I found out it’s happened to at least one other person too.  🙂

Holes. Something you can twist your ankle in, bury nuts or gold in, ruin your car’s alignment driving over, get sucked into in space.

They’re also a regular ingredient and good friend of movies. Movies and holes have been acquainted a long time, engaged in a relationship approaching matrimony but settling in the long run for common law.

But since movies embody the strange and terrifying, the penetrating and passionate, our Pavlovian response to most of them is to check our brains at the door. Suspension of disbelief works well.

Included in a small handful of examples of some of my favorite movie “holes” are:

Edge of Tomorrow starring Emily Blunt and Tom Cruise, a kind of action/adventure military version of Groundhog Day. We saw this a few times before hubby pointed out that Tom Cruise’s character is SO famous and well known that it made no sense that nobody recognized him and that the Master Sergeant didn’t believe anything he was saying.

It pulls you in so fast, though, that you’re immediately caught up in the situation and don’t realize something like that until later.

Wandering around in a gigantic corn field at night, the leaves rasping and whispering in the dark, with God knows what (aliens, of course) stalking you and tormenting your family was one of the best moments in M. Night Shyamalan’s Signs years ago.

I kinda liked that movie, mostly. I’ve since come to dislike M. Knight as a director (for reasons I won’t get into here), but Signs had its creepy moments, for sure.

However, I guess everyone’s familiar with the complaint by now that the water-fearing aliens had chosen to conquer a planet (Earth) that’s covered by…what? Three-quarters water! Isn’t that sort of like a race of perpetually menopausal beings deciding to relocate to a lava planet or aliens who have a religious objection to and superstitious terror of dancing landing on Planet Fosse?

What about this: you’re floating in the Atlantic Ocean on top of a door that can EASILY fit two people. Yeah, Leo DiCaprio, in “Titanic” was cold and tired and having a hard time pulling himself up to where Kate Winslet lay safe above the freezing waters. But, really, couldn’t she have helped him? Did she even try? I don’t remember anymore. I suppose that isn’t a HOLE as much as lazy writing: Kate humming and doing her nails atop the door while poor Leo slowly freezes to death in the icy sea. So they can get their tragic romantic ending. 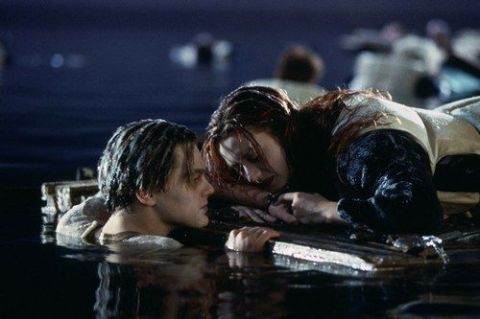 For those of you who haven’t seen Gone Girl, spoiler alert ahead. You can skip this whole paragraph so as not to taint your future experience.

So you’re really pissed at your husband because you saw him kissing another woman. You mastermind an amazing revenge package and deliver it to his door overnight, no delivery charge. You’re not worried. The price of your package will be repaid in spades and THEN some over the weeks to come. And pay, it does. Once you decide to end the adventure and return home, guess what. Same exact issue as Edge of Tomorrow. With your face plastered all over TV, there’s no way the two village idiots you got to know in the cabins (and who later robbed you of every cent you own) wouldn’t recognize you and probably tell somebody, and then you’d be in a shitload of trouble. Come on, David Fincher!

What about more questionable alien decision-making? Or is it just convenient writing? If the aliens in A Quiet Place possessed fantastic hearing that was a gazillion times more sensitive than a bat or an owl, what in the name of all that’s holy were they doing on planet Earth? Our planet has to be one of the most unrepentantly clamorous, deafening and jarring places in the universe.

So the aliens land and open their doors or hatches or whatever and the first time a jet blasts by overhead or someone’s car alarm goes off or the fire department races by toward an emergency or a month-old baby in a nearby house screams at the top of its lungs…wouldn’t they just quietly get back in their ships and leave? What could possibly convince them to remain here while their aural orifices were bleeding and a crippling migraine was turning their brains into jelly?

Nothing. Hole. BIG hole, I think. Big enough to break more than an ankle in. Big enough for several elephants and all their ankles combined to be very badly injured. The upside of super-hearing “we love quiet so shut your pie hole” aliens that decide to take on our earthly uproar?  A blissful end to those horrible leaf-blowers that always seem to come on early in the morning or right when you’re trying to take a nap. Now, that’s the kind of quiet place I can get with!

What are your favorite HOLES?

This is fascinating stuff. And let me echo similar sentiments from the interview: cannabis is illegal but there’s a liquor store on every corner of every city and town in America. Yet how many accidents happen, specifically vehicular, from pot smoking compared to inebriation? Thanks, Henry, for a great interview, and thanks to the artist, Box Brown, for bringing the issue to light so creatively.

CANNABIS: The Illegalization of Weed in America is the new graphic novel by Box Brown, published by First Second. It is a most remarkable book in how it packs together a disparate clump of facts and myths and makes sense of it all. Here you find a detailed yet accessible answer to the question: How do you take something essentially good and make so many people believe the exact opposite–and why? The short answer: Because it is something running counter to the self-interest of those in power. The long and twisted history of how and why cannabis became illegal in the United States is the latest in the always insightful and informative Box Brown books. The following is my interview with the author of artist himself conducted via email: 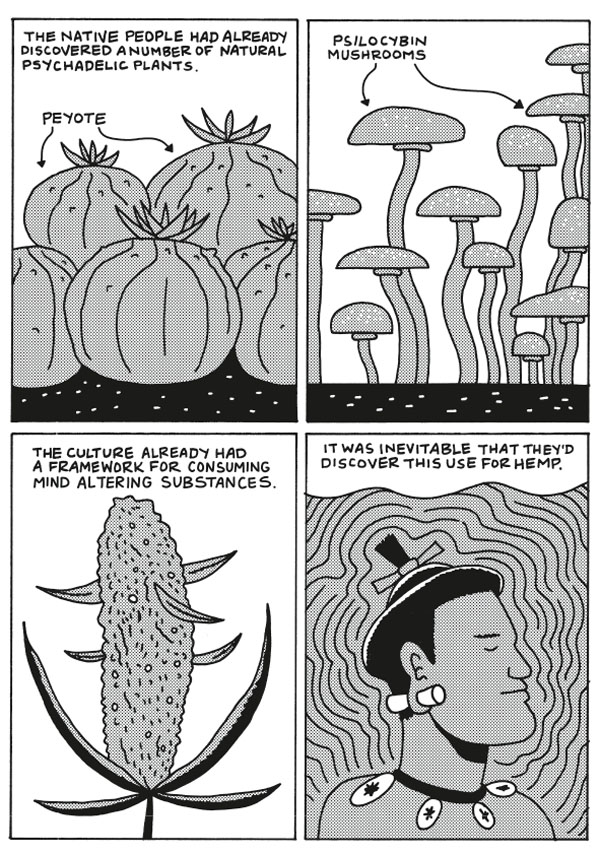 Will we ever get back to a sensible approach to cannabis? Will cannabis ever lose the stigma attached to it?

Follow Laughter Over Tears on WordPress.com
♾️🌷 don't pollute soul. clean it up. it is only the soul that sees and hears. everything else is silent and deaf.

♾️🌷 don't pollute soul. clean it up. it is only the soul that sees and hears. everything else is silent and deaf.

The Life in My Years

♾️🌷 don't pollute soul. clean it up. it is only the soul that sees and hears. everything else is silent and deaf.

The Life in My Years