At the premiere of 2001: A Space Odyssey, according to many sources, including The Guardian– https://www.theguardian.com/film/2010/oct/21/space-odyssey-kubrick-science-fiction  — there were hundreds of walkouts, including Rock Hudson, who asked, “Will someone tell me what the hell this is about?”

The title of this blog is an ode to Rock Hudson’s 1960s frustration and confusion. But not for 2001. Just replace Kubrick’s masterful space odyssey with Mother!, The Book of Henry, and The Lighthouse.

Mother! from 2017, starring Jennifer Lawrence. A large rambling house. A poet with a mysterious crystal object. A woman who is his muse.

Strangers with no listening skills or manners who keep appearing, invited in by the poet while his muse remains wary and struggles to keep order as chaos unfurls, slowly at first, then gaining momentum toward incredible havoc and ultimate violent destruction. 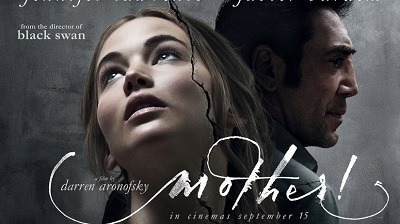 If Rock Hudson had been at this movie, I guarantee he would have walked out at least one half-hour earlier than he did at 2001.

Not that I hated it. In fact, I admired the undertaking immensely, considering how difficult it would be to represent symbolically in film “God” and the Earth and the birth of mankind and the fall from Eden and all that ensues after our “innocence” is lost—namely our descent into petty narcissism, world wars, and the wholesale rape and destruction of the environment and Mother Earth.

But the repetiveness of certain phrases, scenes, and actions meant to build and layer tension just irked my senses and my brain. I know a lot of people who can’t stand Groundhog Day with Bill Murray from the ‘90s–probably for the same reason–although I thought Groundhog Day handled the issue of repetition well. Same with the more recent Edge of Tomorrow with Tom Cruise.

Though the over-stimulation of Mother! was unpleasant and unwelcome for me–kind of like jerking open a door and having thousands of bats unexpectedly fly at your face–the film was courageous and innovative in its daunting mission to cover eons of (Christian) Earth history in just two hours. Probably without the religious slant it might have felt more inclusive, but I think the general story still works with anyone’s personal beliefs exchanged for the Christian lore.

The Book of Henry from 2017, however, was a bizarre cobbled-together Frankenstein’s monster of tones and plot which I can’t find within myself to compliment in any way.

Picture genius-level Henry, who’s sort of “running” everything in the family himself, a family consisting of his younger brother and single parent mother. Listen to Henry say to his mother at one point, “Stop playing video games and go to bed.”

Is that your jaw dropping open? Yeah. ‘Cause mine did. How laid-back do you have to be to not jump to your feet and say, “What did you say? WHAT DID YOU SAY?” But she doesn’t. She just does what he says.

And then it’s devastating tear-jerker time and then a weird plan hatched by Henry is carried out by his mother to deal with the bad things going on next door with the neighbor girl and her father.

The director was slated next for Star Wars, Ep. IX, but right after The Book of Henry came out, he was no longer slated for Star Wars, Ep. IX. Although insiders say it was due to “creative differences” over the story, we know what it was REALLY about…..don’t we? Sources say the director just got “too close” to The Book of Henry and lost his perspective.

You might want to watch it just for curiosity’s sake to witness firsthand, with your own eyeballs, the crazily uneven tone and completely unbelievable plot that would never, in a million, gazillion years, ever actually happen.

I had been looking forward to Robert Eggers’ The Lighthouse because I had enjoyed The Witch from 2015. The Witch was a weird, eerie, tense, atmospheric period piece and The Lighthouse turned out to be all of those things, too.

But for some reason, The Witch felt like a mild marijuana trip compared to the salvia divinorum-infused freak ride that was The Lighthouse. I looked up hallucinogens and found salvia divinorum, an opioid-like plant with psychoactive properties, because mushrooms and mescaline–and certainly weed–just didn’t seem strong enough as words. The multiple syllables and dramatic spelling of salvia divinorum got a little closer. 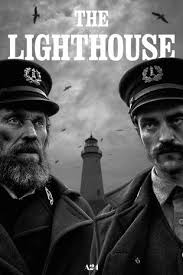 I love that Robert Pattinson of Twilight fame broke free of typecasting and has turned out to be a pretty damn good actor, and nobody can fault Willem DeFoe in that arena. They were really great in this movie. A coworker was pointing out that director Eggers focuses on isolation and what happens to ordinary people when unhealthily separated from the rest of society.

I get that. But what the hell part of it was actually happening and what was just going on in their minds? That bothered me. The same could be said of The Witch, but for some reason I didn’t come away unsatisfied. Possibly I’m just closed off to some avant-garde stuff—which Mother! definitely was—and it’s just me. I’m willing to accept that.

Or maybe I should blame my husband for slipping salvia divinorum into my tea when I wasn’t looking. Maybe not for Mother! ‘cause we saw that together. But during The Lighthouse, he made me some tea and then was suspiciously missing from the room most of the evening…

What movies in your lifetime made you say “What the HELL did I just see?”