Re-blogging Mr. Chamberlain’s post about Octavia Butler’s “Kindred.” One of my favorite authors ever, with a rare, uniquely seen perspective when it comes to sci-fi. She passed, in my opinion, too early, and we are bereft of new work from her. But at least we have what we have. 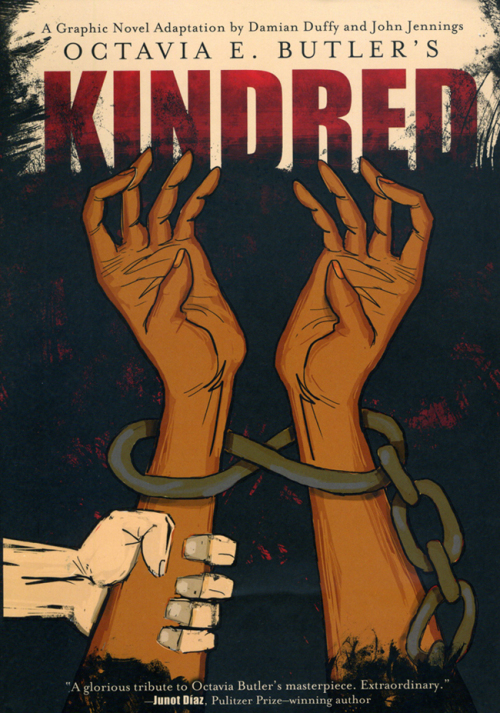 There’s a ragged and raw quality to Octavia Butler’s novel, “Kindred,” first published in 1979, about a young African American woman who time travels to America during slavery. It’s odd. It’s compelling. And it demands to be read all the way to the end. As I say, it’s ragged and raw, and by that I mean it’s a rough journey in what transpires and in the telling. As a time travel tale alone, it’s bumpy at best. The time travel element abruptly kicks in and, just as abruptly, the characters involved accept the situation. The narrative itself is episodic and there is little in the form of subtlety. What can be said of the novel transfers over to the just released graphic novel adaptation published by Abrams ComicArts: this is raw, sometimes ugly, but always compelling and a must-read. 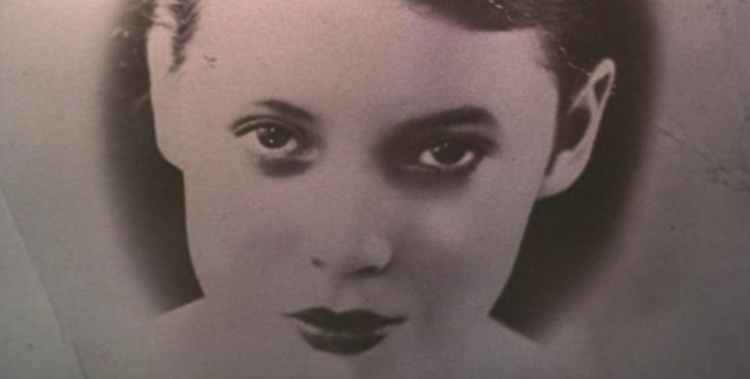 I can’t remember if I saw the movie first or read the book first. But in a rare circumstance, Marguerite Duras’ “The Lover” is riveting in either medium, in my opinion.

France’s Goncourt prize winner of 1984 is set in prewar Indochina where Duras was born and grew up. As the affair between a 15-year-old French girl and a 27-year-old Chinese man unfolds, the fluctuating entanglements and treachery of colonialism is unsubtly mirrored by the volatile passions and shifting dynamics of the couple’s forbidden liaison.

This isn’t a typical love story, if it is one at all, unlikely to appeal to those looking for more staid “Notting Hill” story lines.  In fact, it’s very “French,” so if one can steer their thinking in the direction of the sweeping and impassioned philosophies that have delivered statements like this: Beauty always promises, but never gives anything (Simone Well) or Everything has been figured out, except how to live (Sartre), then “The Lover” will probably be well received.

(I don’t know about you, but it would be my dearest wish to figure out how to live.)

Interestingly, the discovery of an undated notebook unearthed in 1996 after Duras’ death states that the lover is ugly, his face badly scarred by smallpox. “He was much uglier than your average Annamese,” she wrote, “but his taste in clothes was impeccable.” Here he was no longer Chinese, but Native Vietnamese. She resisted his overtures, although she eventually came to like him. After two years they had sex, once, and she was revolted.

But there’s an apparent evolution of perception, or perhaps it’s only inward-turning sentimentality, when she writes in the novel:

“There wasn’t a breath of wind and the music spread all over the dark boat, like a heavenly injunction whose import was unknown, like an order from God whose meaning was inscrutable. And the girl started up as if to go and kill herself in her turn, throw herself in her turn into the sea, and afterwards, she wept because she thought of the man from Cholon and suddenly she wasn’t sure she hadn’t loved him with a love she hadn’t seen because it had lost itself in the affair like water in the sand and she rediscovered it only now, through this moment of music.”

It’s a long way from smallpox to extricating a powerful, unrealized love from the memory of music as inscrutable as God. The same with the movie version, the representation of the Chinese lover transmuting into a cinematic heartthrob of sorts: 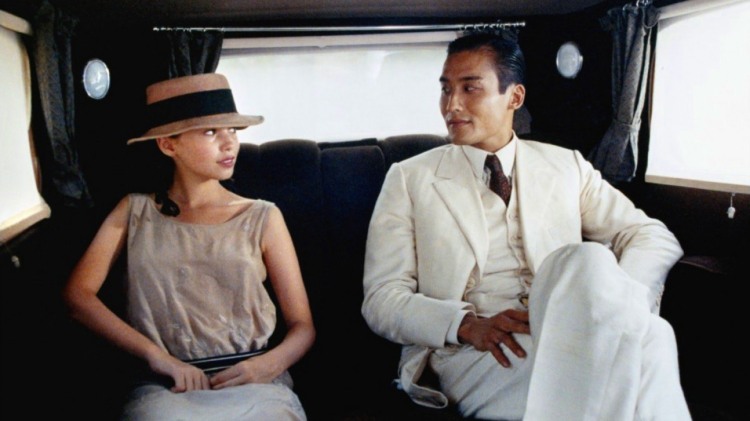 It’s a special treat to also come across passages such as this:

The air was blue, you could hold it in your hand. Blue. The sky was the continual throbbing of the brilliance of the light. The night lit up everything, all the country on either bank of the river as far as the eye could reach. Every night was different, each one had a name as long as it lasted. Their sound was that of the dogs, the country dogs baying at mystery. They answered on another from village to village, until the time and space of the night were utterly consumed.

The author sometimes seems like that night to me, every part of her different, each part with a name as long as it lasts. According to some, her most passionate love was reserved for herself, the remains doled out grudgingly to whomever remained in her orbit.

Laura Thompson in “The Telegraph”:

I have felt, at one moment, that she is a prose-poet to rival Jean Rhys, in the next that she is precious beyond measure and almost hilariously in love with herself.

Yet somehow this is at the heart of her appeal. Duras is an arrogant writer, with an apparently infinite – and very French – confidence that she will carry the reader along with her, however irritating and repetitive she is being.

Even more directly and very unflatteringly, Edmund White wrote in the “New York Review of Books” that:

…she was an egomaniac and talked about herself constantly. She loved herself, she quoted herself, she took a childlike delight in reading her own work and seeing her old films, all of which she declared magnificent. When toward the end of her life she ran into Mitterrand in a fish restaurant, she asked him how she had become better known around the world than he had. Very politely, he assured her he never doubted for a moment that her fame would someday eclipse his.

Hers was a life few of us today have lived, I imagine. Raised in Indochina at the tail end of French colonization, her mathematician father passed away, leaving his wife and children in poverty. Before she became a novelist, a playwright, and a filmmaker, a new start in France was later interrupted by the start of WWII. Her first husband, in the French Resistance, was deported. Her lover politely waited until the returned husband divorced her before impregnating her with a son. But before that happened, they all lived together for a time.

Marguerite had an interesting opinion of men:

And she had this to say about Jean-Jacques Annaud, the director of the 1992 film version of the novel:

“Because there is a filmmaker who is one of the greatest in the world, whose name is Jean-Jacques Annaud, who took on ‘The Lover.’ He told a story that I didn’t recognize, so I said: ‘Now you’re going home, it’s finished. I don’t want to work with you anymore.’ I was a little nasty.”

I don’t remember the differences between the novel and the movie version; maybe she had reason to be disappointed. Maybe she didn’t. In my mind,  they stand on equal ground. In my mind, she was “a little nasty” to Jean-Jacques Annaud, because the film is as beautiful as Dura writing lines such as her “face laid waste.” The last paragraph of the novel, especially the last line, factually delivered, is every part as unbearably yearning yet restrained as the final scene in the movie where the narrator sits, back to the camera, narrating in an older voice grown husky and hoarse with time:

…Years after the war, after marriages, children, divorces, books, he came to Paris with his wife. He phoned her… She recognized him at once from the voice…His voice suddenly trembled. And with the trembling, suddenly, she heard again the voice of China… And then he told her. Told her that it was as before, that he still loved her, he could never stop loving her, that he’d love her until death.”